The project forms a collaborative team of the following people: 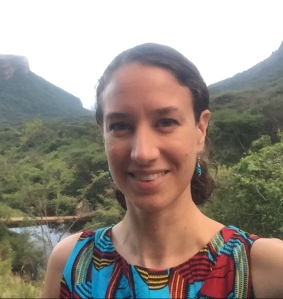 Jenneke van der Wal (project leader) is a Senior Lecturer at the Leiden University Centre for Linguistics. After obtaining her PhD degree at the same institute in 2009, she worked on grammaticalisation at the Royal Museum for Central Africa (Belgium), was part of the ERC project ‘Rethinking Comparative Syntax‘ at the University of Cambridge, and taught at Harvard University. Her research combines finding new data from Bantu languages with developing theories on the interface between syntax and information structure.

Allen Asiimwe (collaborator) holds a PhD in African Languages from Stellenbosch University, South Africa. Her dissertation focussed on Definiteness and Specificity marking in Runyankore-Rukiga (Bantu- Uganda, JE 13/14). She is a Lecturer in the Department of African Languages at Makerere University, Kampala (Uganda). Allen is a reader in morphology and syntax of Bantu languages, with special focus on the Runyankore-Rukiga language cluster. She has a passion for language description and documentation of lesser-studied Bantu Languages of Uganda. She is one of the contributors of data on Runyankore-Rukiga to an online database (Typecraft). 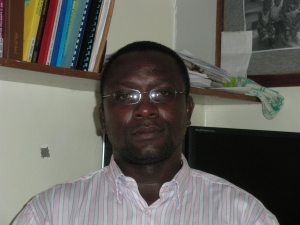 Amani Lusekelo (collaborator) holds a Ph.D. (African Languages and Literature) from the University of Botswana where he wrote a thesis on object marking and verbal extensions in Nyakyusa. Currently, he is employed by the Department of Languages and Literature at Dar es Salaam University College of Education (University of Dar es Salaam) in Tanzania. Bantu syntax is one of his research interests, particularly on the syntax of object marking and the structure of the noun phrase, with publications such as “The structure of the Nyakyusa noun phrase”, “DP-internal and V-external agreement patterns in Eastern Bantu: Re-statement of the facts in Eastern Bantu” (Journal of Linguistics and Language in Education 2013), and “Distribution of ɸ-features in Bantu DPs and vPs: The Case of Concord and Agree in Kiswahili and Kinyakyusa” (Journal of Linguistics and Language in Education 2015). He also conducts research on contact linguistics in Tanzania, publishing on lexicon, sociolinguistic aspects, and education. 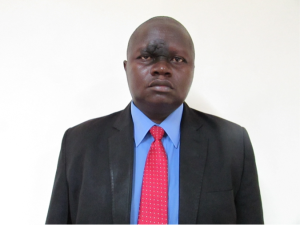 Peter Kinyua Muriungi (collaborator) holds a PhD from University of Tromsø, Norway, his dissertation being on Phrasal Movement Inside Bantu Verbs, Deriving Affix Scope and Order in Kiitharaka. He is currently the Principal of Tharaka University College, a newly established public university college in Kenya. His research interests lie within syntactic theory and comparative syntax; notably the syntax of questions, focus, and verbal, affix and modifier order, particularly in Bantu languages.

Patrick Kanampiu (collaborator) is a linguist at Tharaka University College. He wrote his MA thesis at Chuka University, Kenya, on the syntax of the DP in Kîîtharaka and is currently involved in a project testing Greenberg’s Universal 20 onder the order of modifiers in the DP. The information structure of pseudoclefts in Kîîtharaka is another of his interests. 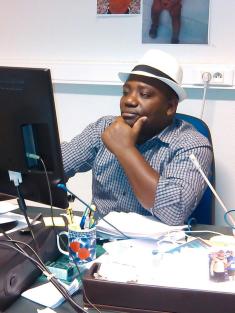 Aurélio Simango (collaborator) is a researcher and lecturer in Portuguese, Changana (S53, South Africa/Mozambique) and African linguistics and sociolinguistics, associated with the Section of Bantu Languages of the Faculty of Arts and Social Sciences of Eduardo Mondlane University. His research activities and interests include language variation and contact, languages and education (planning, politics and practices), bilingual education and Bantu descriptive linguistics. 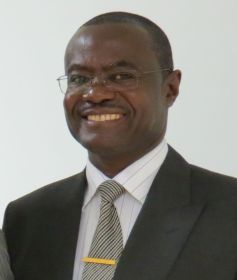 Jekura U. Kavari (collaborator) is Associate Professor at the University of Namibia. He has extensive teaching experience in the fields of oral literature, linguistics, education and culture. His special research interests involve Otjiherero literature and translation, and the description and analysis of Otjiherero (R30, Namibia), on which he has published a number of articles and a grammar. 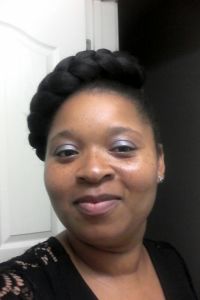 Nelsa Nhantumbo (collaborator) is Assistant and Researcher at Universidade Eduardo Mondlane in Maputo, Mozambique, where she teaches on linguistics and Bantu languages. Her research activities involve language description, translation and documentation, focusing on Copi (S61) morphology and phonology. 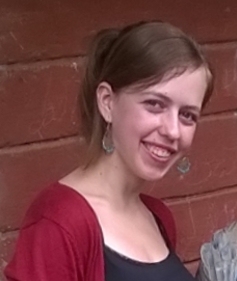 a PhD candidate based at the Leiden University Centre for Linguistics. She completed a BA in Linguistics at King’s College, University of Cambridge, conducting fieldwork and writing a dissertation on focus marking in Ekegusii (JE42, Kenya). After a summer position as a computational linguist for Africa’s Voices, she completed an MA in Linguistics at the School of Oriental and African Studies (SOAS), University of London, where she studied field methods, Swahili and Zulu language, and theoretical linguistics, and wrote a dissertation on the conjoint/disjoint alternation in Zulu (S42, South Africa). Her main research interests are theoretical syntax, including the role of Case and the modelling of information structure. 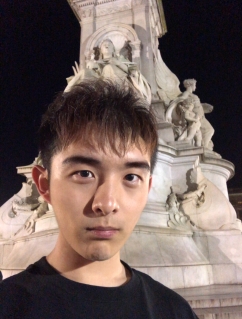 Zhen Li (Teke subproject) is a PhD candidate at the Leiden University Centre for Linguistics. He completed his BA in Foreign Language and History at Peking University in China, where he started to learn French and Swahili, and studied History of Africa. He completed an MA in African Studies majoring in African linguistics at the School of Oriental and African Studies (SOAS), University of London, where he studied Swahili and Yoruba as well as the structure of Bantu languages. He wrote a dissertation on the comparative verb morphology within the Bantu languages spoken in Cameroon and Gabon for his MA. His research interests focus mainly on morphology and theoretical syntax. He will be studying the information structure of Teke languages (B70, Congo, Gabon) during his PhD. 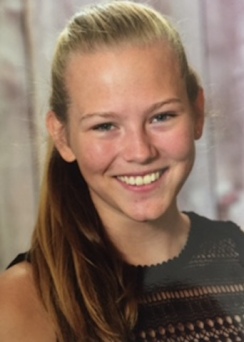 Laura Minderaa is a student assistant on the project, focusing on outreach. She will create a contribution to the Nacht van Ontdekkingen (Night of Discoveries) and the Taalmuseum in the form of an escape room with African language puzzles. Laura is a BA student of Linguistics at Leiden University, and she is passionate about science communication: the more people hear about (African) linguistics the better!